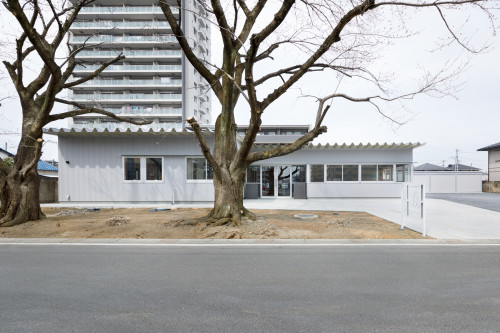 Our aim was to design the entire building based on the concept of “continuous body”, a theme succeeded from the OM TERRACE project. The program included several functions including an assembly room, community restaurant, office and community general support center. I conceived an idea of making horizontal ribbon windows traversing the entire space and connecting all functions –– envisioned as windows open to the community to show the presence of this facility.

While the assembly room required a high ceiling space, we wanted to keep the building height along the road where cherry trees grow. In addition, the metal corrugated roof required a water gradient of 3/100. The roof is split in two and set at the highest point above the assembly room requiring the highest ceiling, which inclines towards the road and folds back to reach the lowest point above the toilet on the north side. The roof structure comprises two rows of repetitive gate-like frames.

I was tempted to use a simple form like the Faculty of Ecology Education, but refrained from doing so and patiently continued the dialogue with the community residents. Even though it would have been much easier to think of the building as a “symbol”, we continued to make proposals based on the required functions, while comparing floor plans. In retrospect, it took a lot of patience to complete this project. 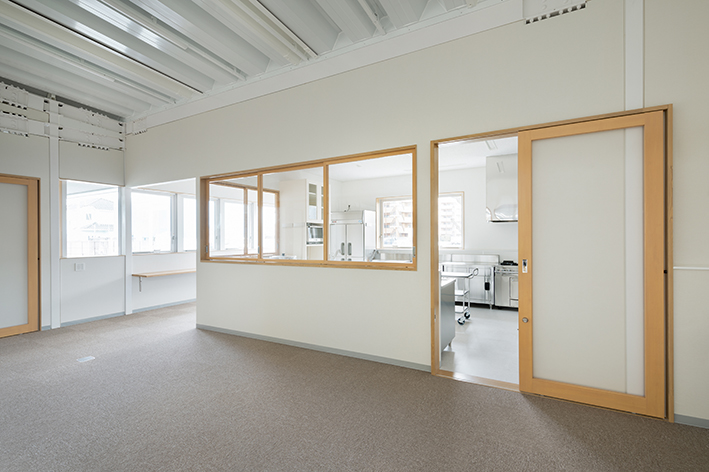 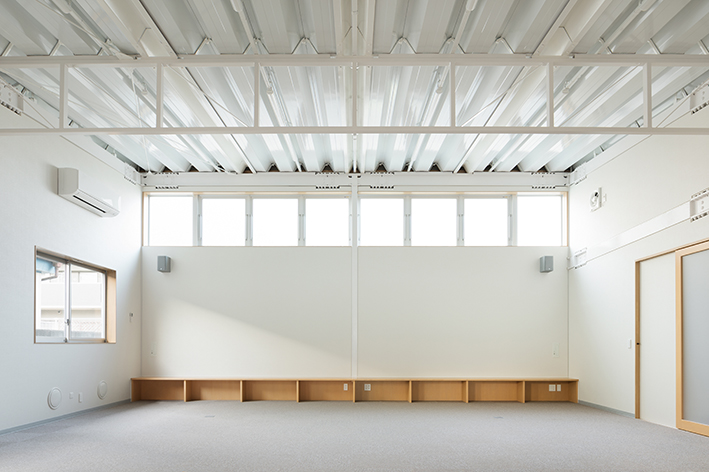 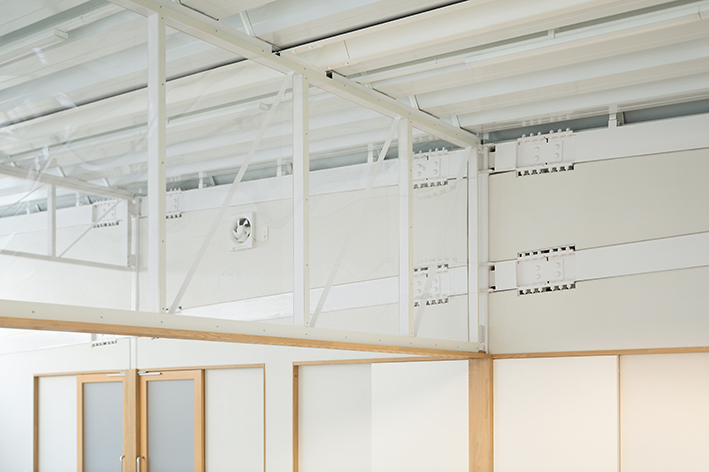 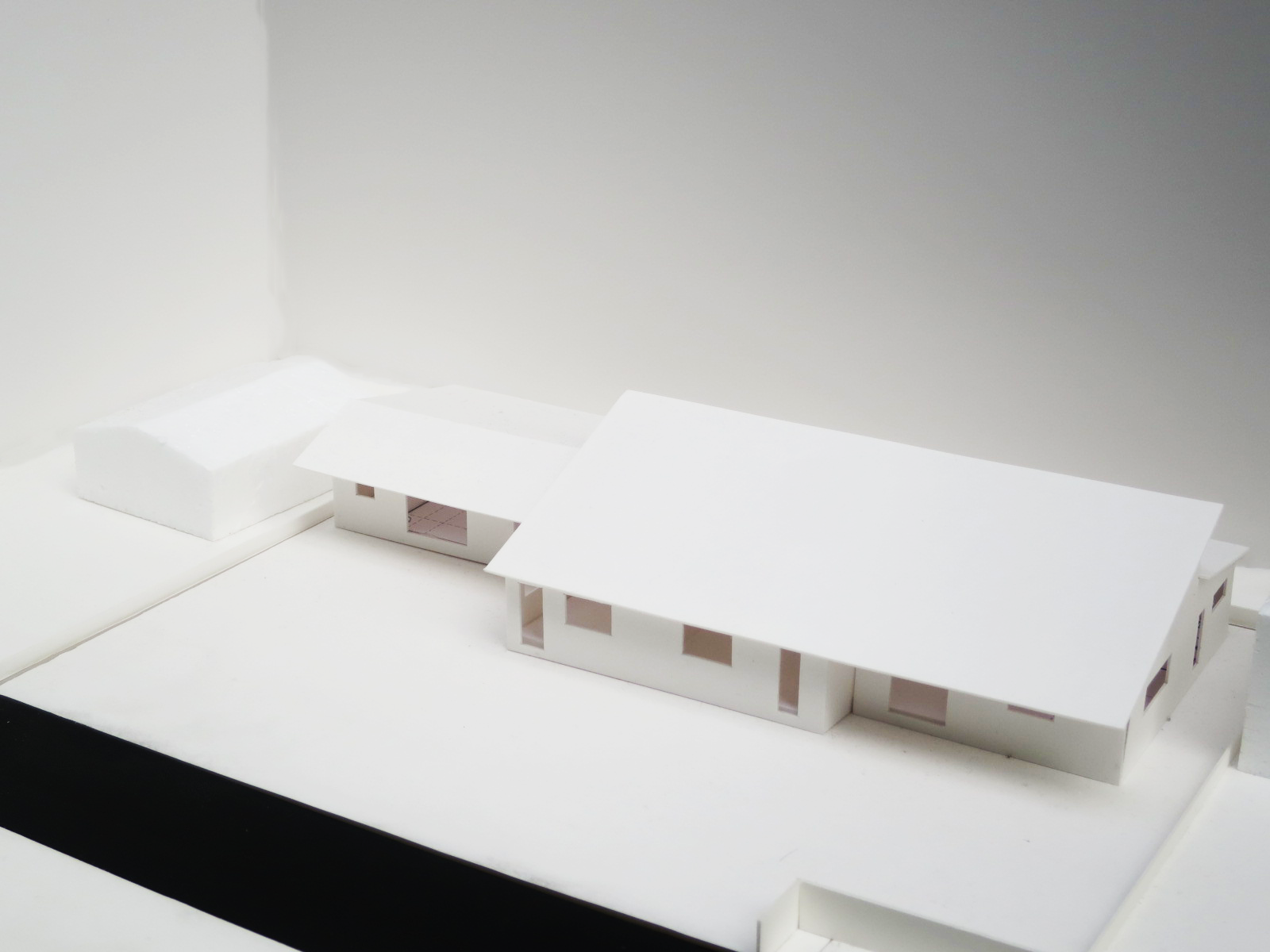 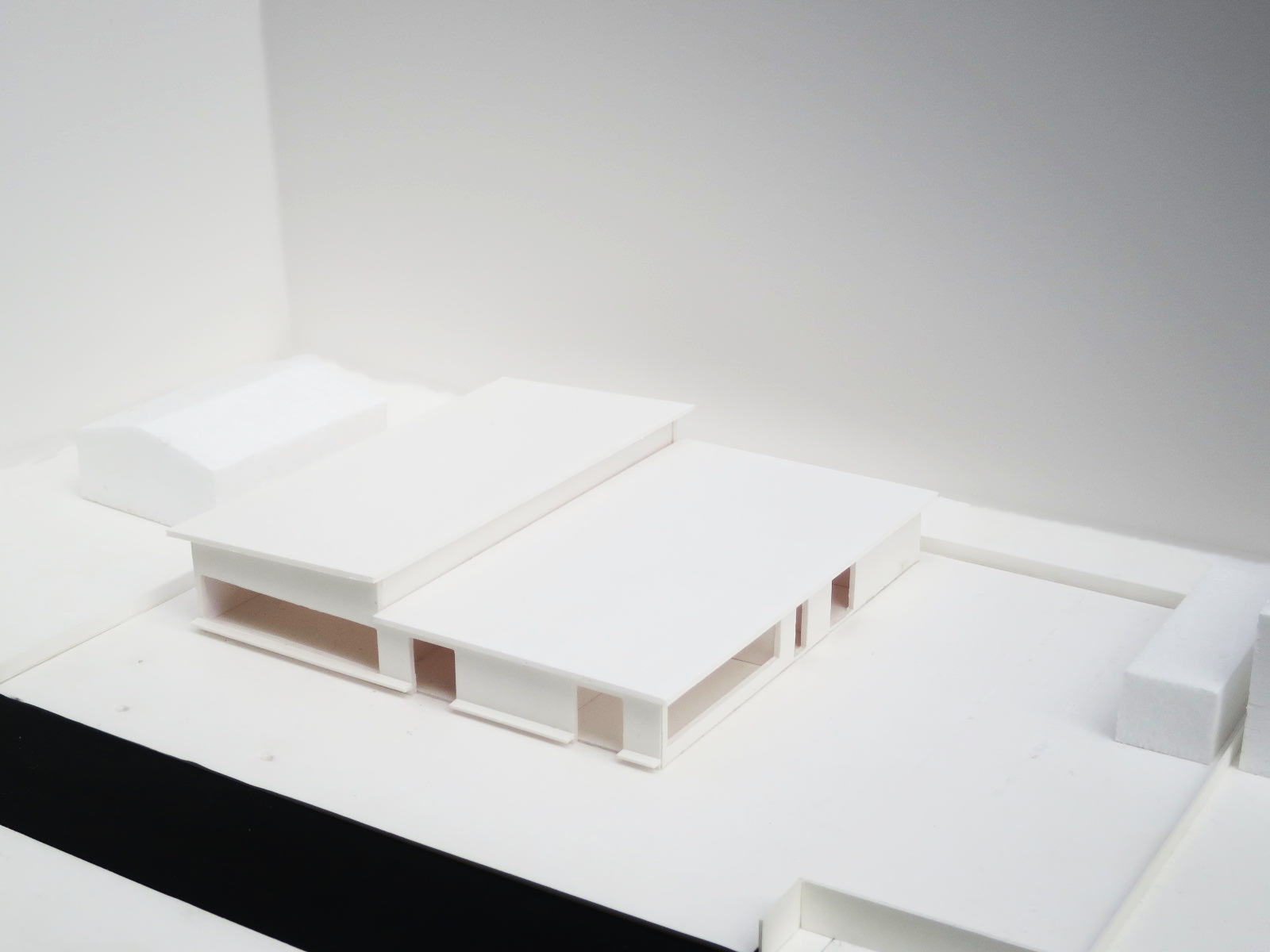 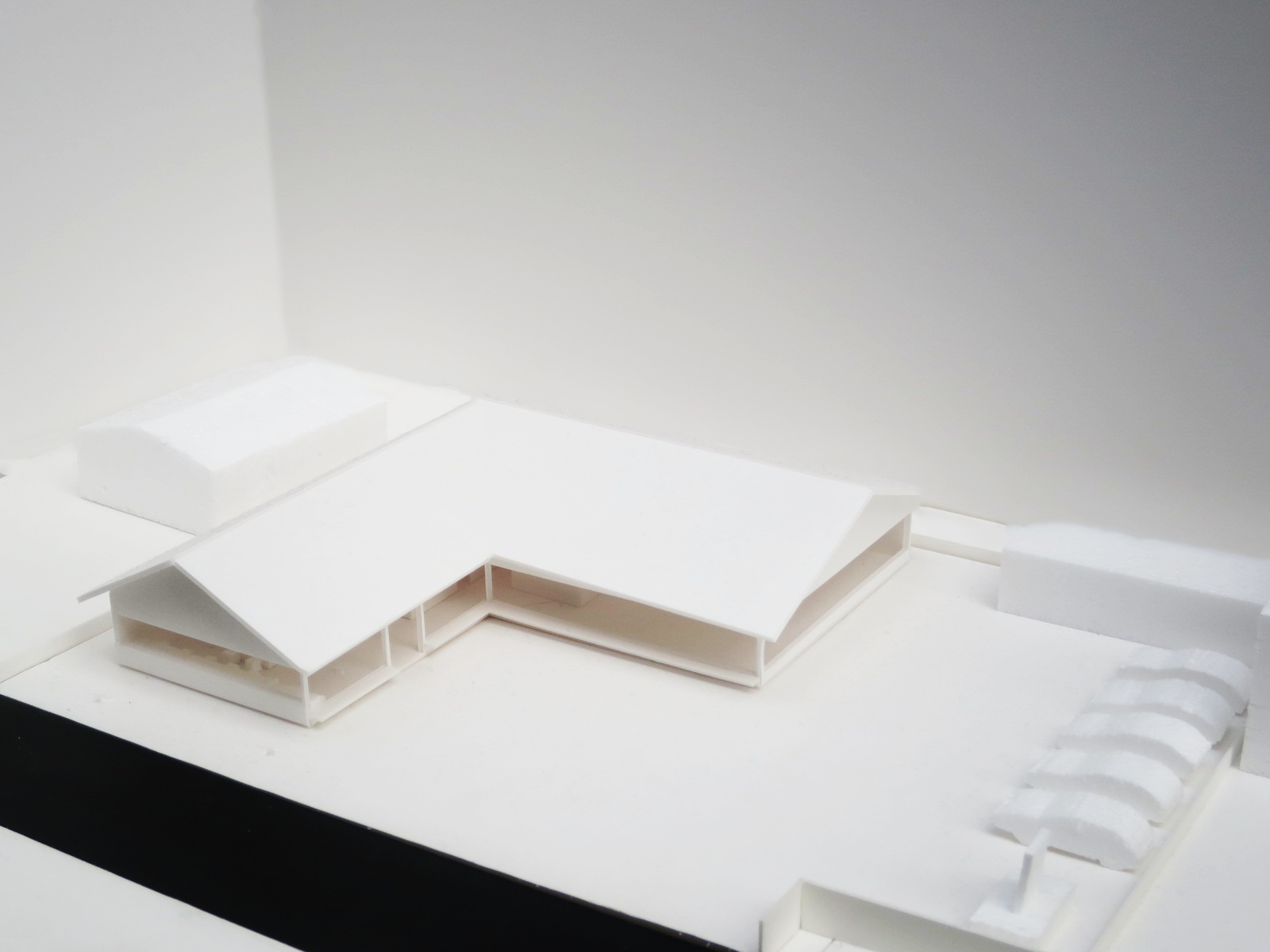 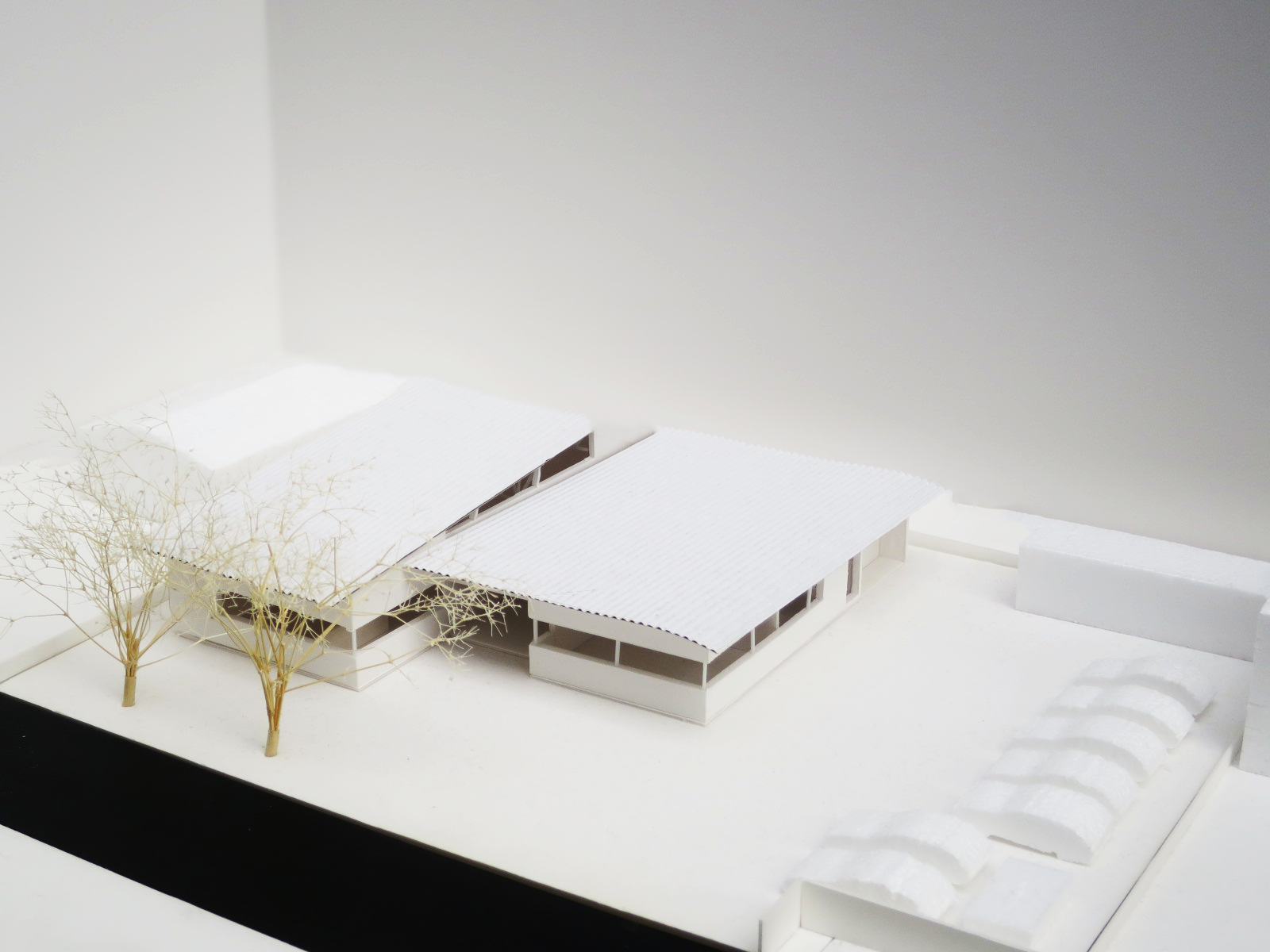 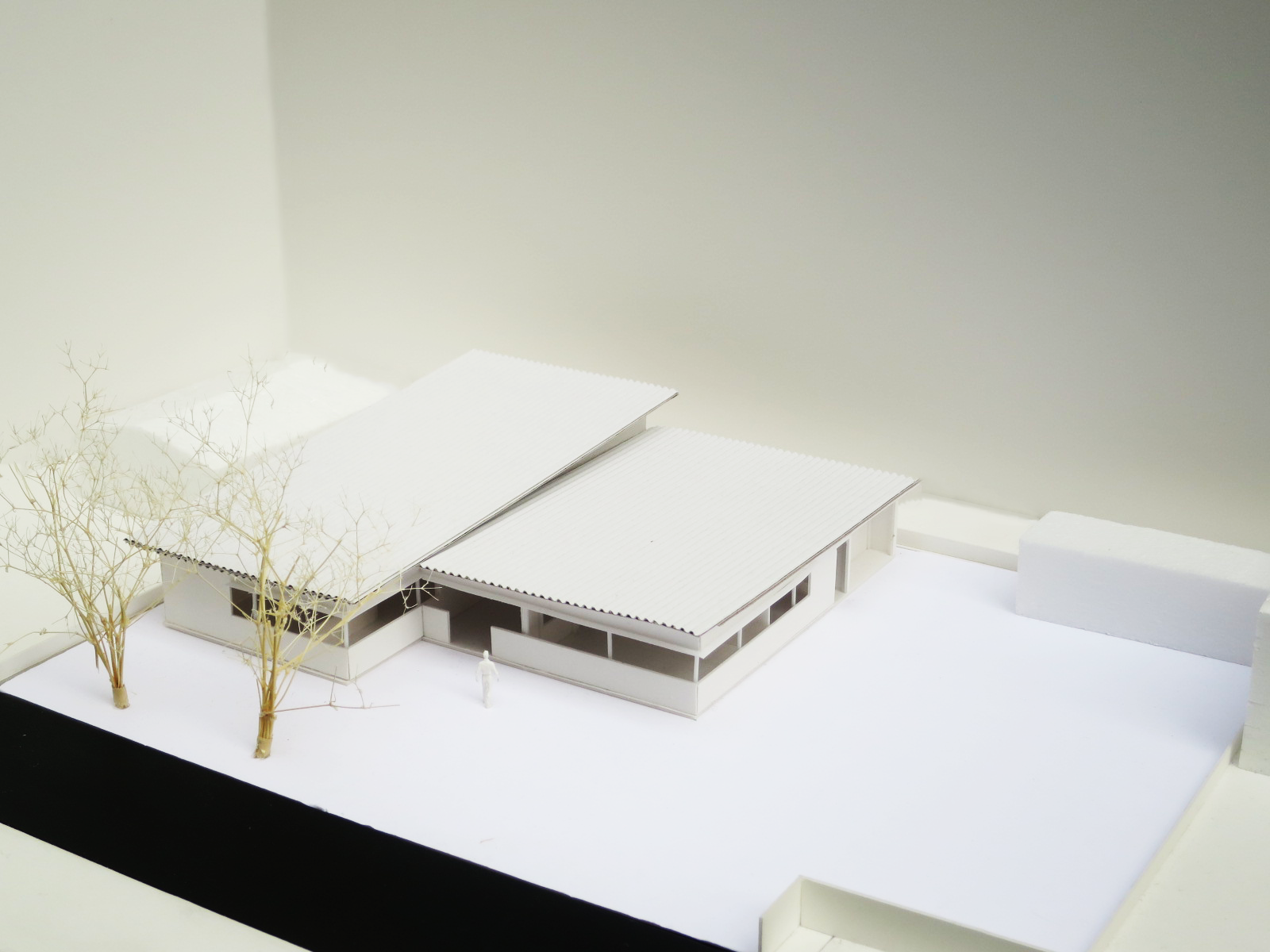 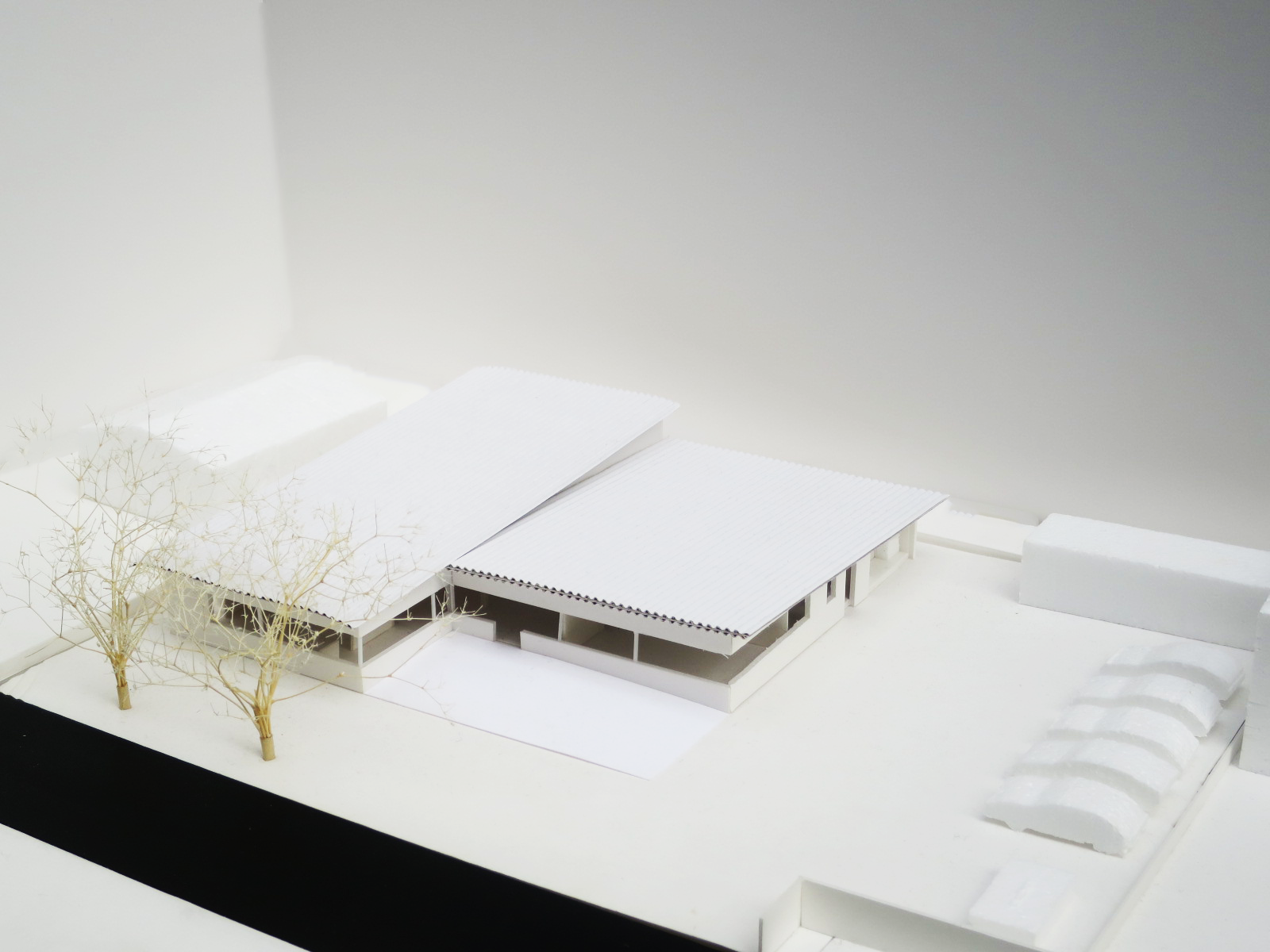