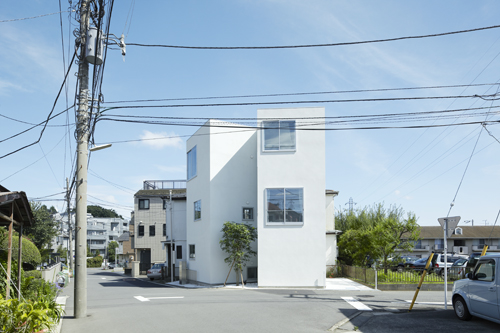 After Building K was completed, I spent some time inside the building and found that very pleasant air flows were generated when I opened the small floor-height inspection window for the mechanical duct shaft and the high window at the same time. This finding inspired me to design a house focusing on air flows.

We were commissioned to design a house on a corner site in the suburb of Tokyo, where two roads on the north and east sides intersect at a 120-degree angle. Our design started from placing a large volume deformed to match the site confi guration. Then we divided the volume in two and were positioned in parallel with the respective roads. The early model was a combination of a larger volume and a smaller volume, but gradually adjusted it to eliminate the impression of hierarchical relationship between the “main” and “sub” volumes and we ended up with a model comprising a combination of two pencil buildings.

Floor-level windows for natural air supply are concentrated around the V-shaped garden on the north side. Chilled air on the north side enters the building and exits from large sized high windows on the east and west sides. Air flows that perfectly align with the building orientation are generated by installing ventilation fans concentrated around the exterior void space on the south side. In terms of the window placement, a new order gradually emerged from a disorder through the design process. The garden on the north side was named the “fresh air inlet garden.”

It was rather a strange “fiction” to design a house as a set of “pencil buildings.” In retrospect, what we presumed at the beginning did not set a direction of design, but what we conceived along the way became a driving force in the latter half of the design process. We started with a model of a simple box-shaped volume and then experimentally placed a gable roof on top to make it look like a house, which turned out to be awkward. In the end, we came up with a form that looks as if two “pencil buildings” collided. This form harmonizes with the streetscape of the residential area and also effectively generates air flows coinciding with the building orientation. 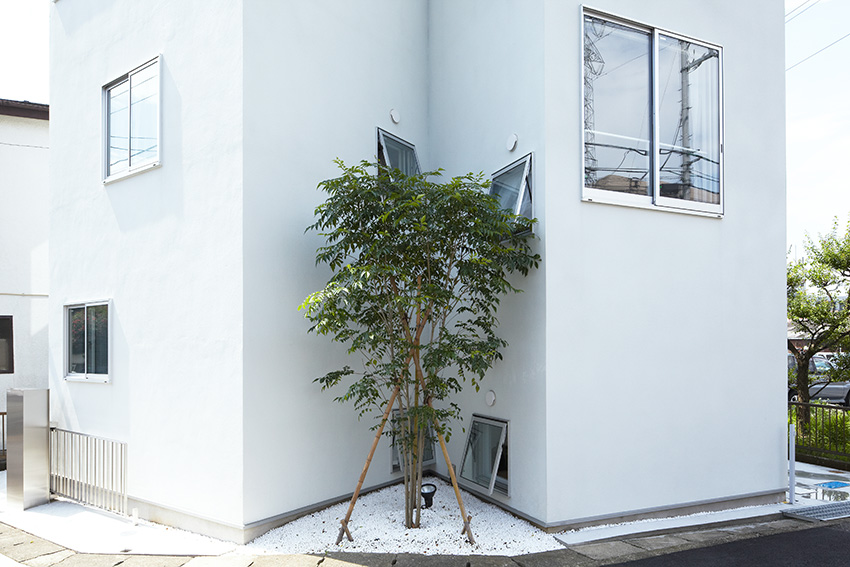 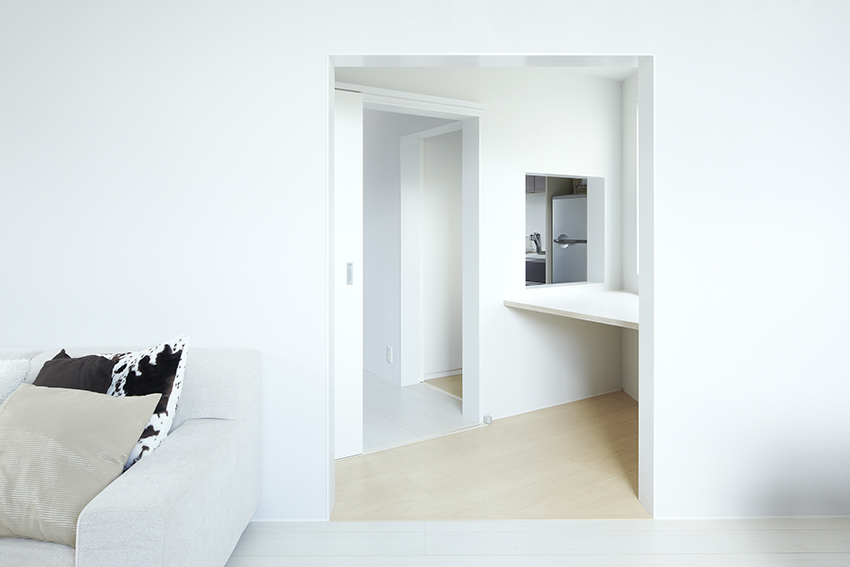 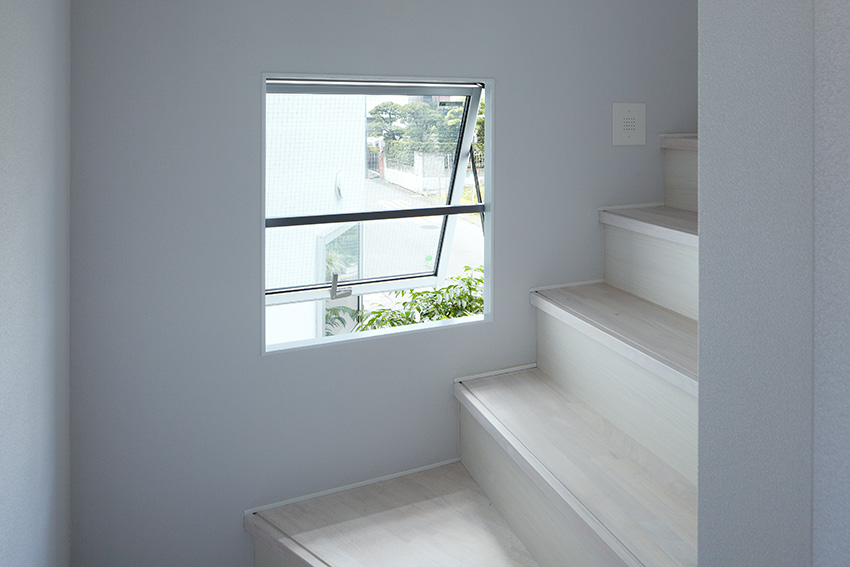 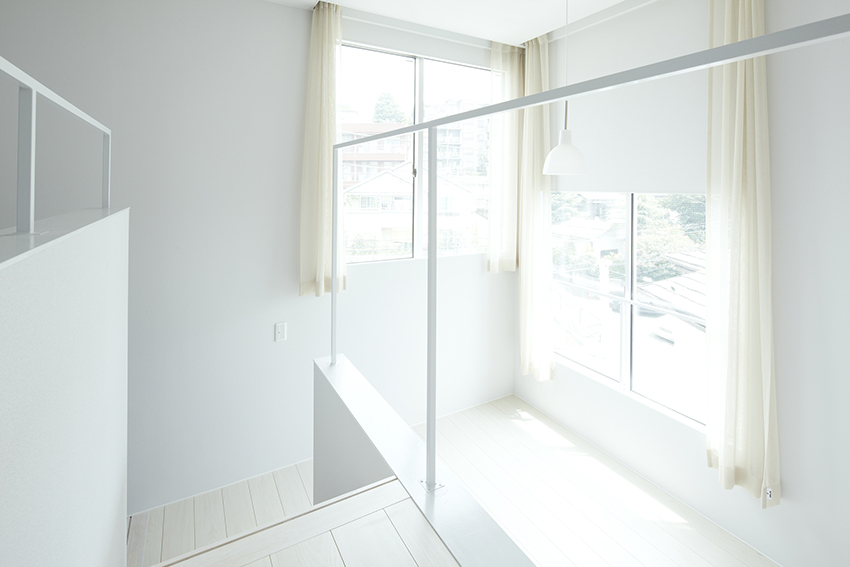 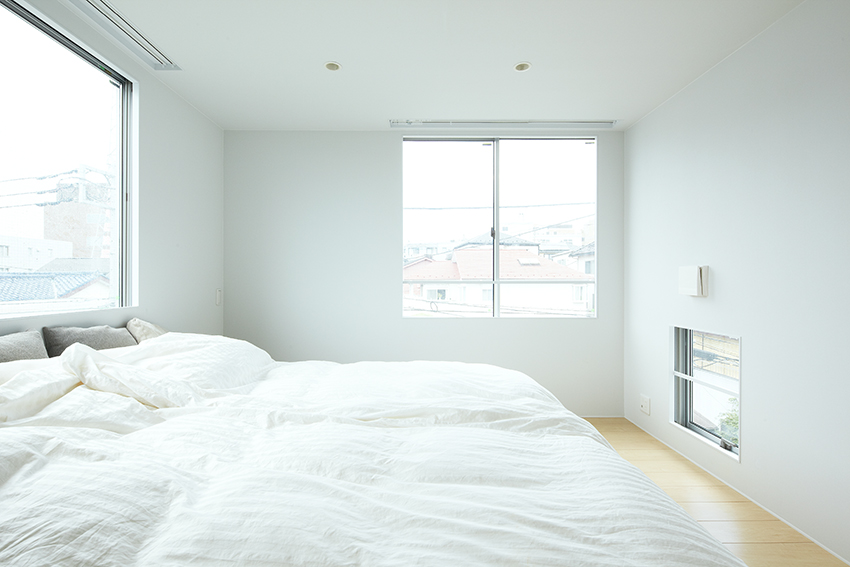 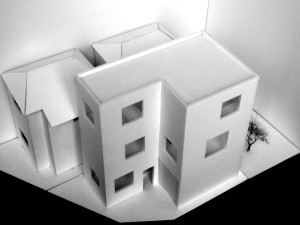 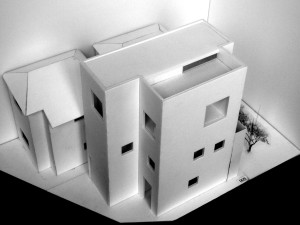 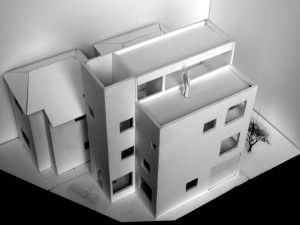 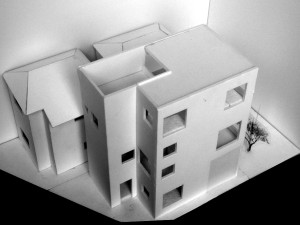 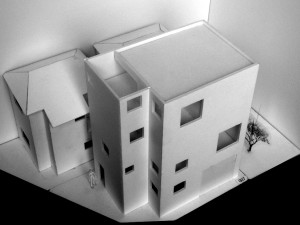 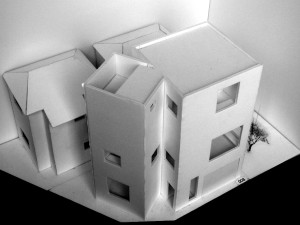 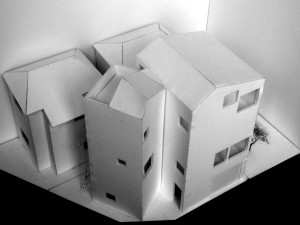 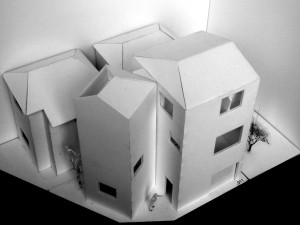 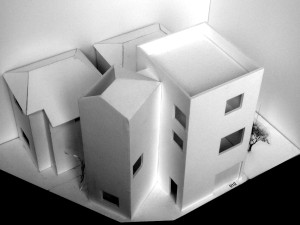 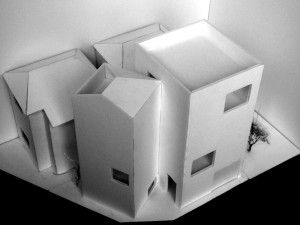 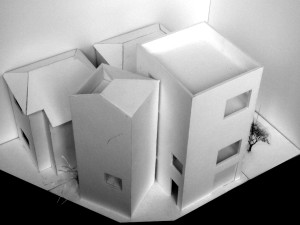 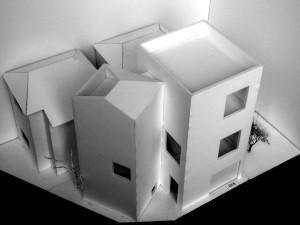 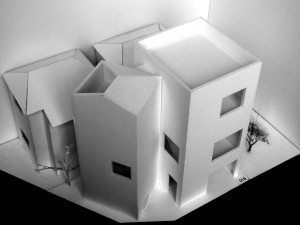 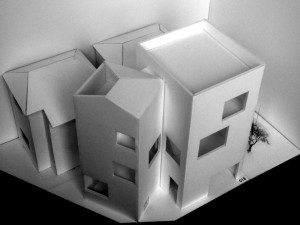 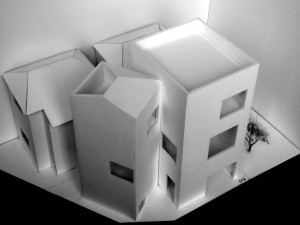 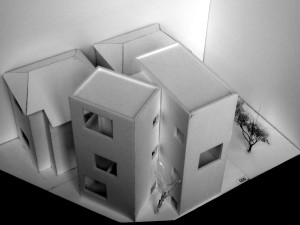 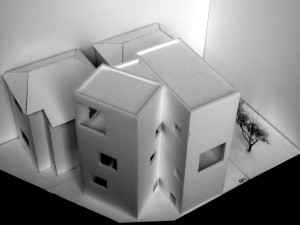 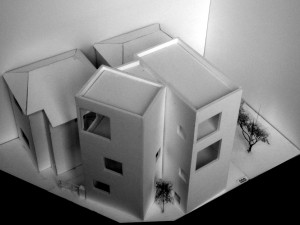